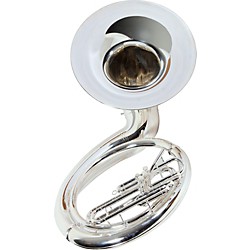 The Westfall Education Foundation awarded the Westfall High School Band with a grant of $2,500 towards the purchase of a Sousaphone. The need was great for this instrument as the current sousaphones are over 20 years old and are not reliable for the students use. Since the band builds sound from the bottom up, the Sousaphone (or Marching Band Tuba) is an essential instrument.
The WHS Band represents and interacts with the Westfall Local Schools and the Westfall community in performances at the Varsity Football Games, Marching Band Competitions, Concerts, Pep Bands and Pumpkin Show and Memorial Day Parades. The Band recently represented the Westfall District in a Parade performance at Walt Disney World in Orlando, Florida in April of 2017.
The WHS band also received funding for this instrument from South Central Power Co. in the amount of $3000.

The intent of the foundation is to enhance the existing education programs, partnerships, and collaborations to improve the quality of education for
ALL CHILDREN in Westfall Local Schools, of Williamsport, Ohio.